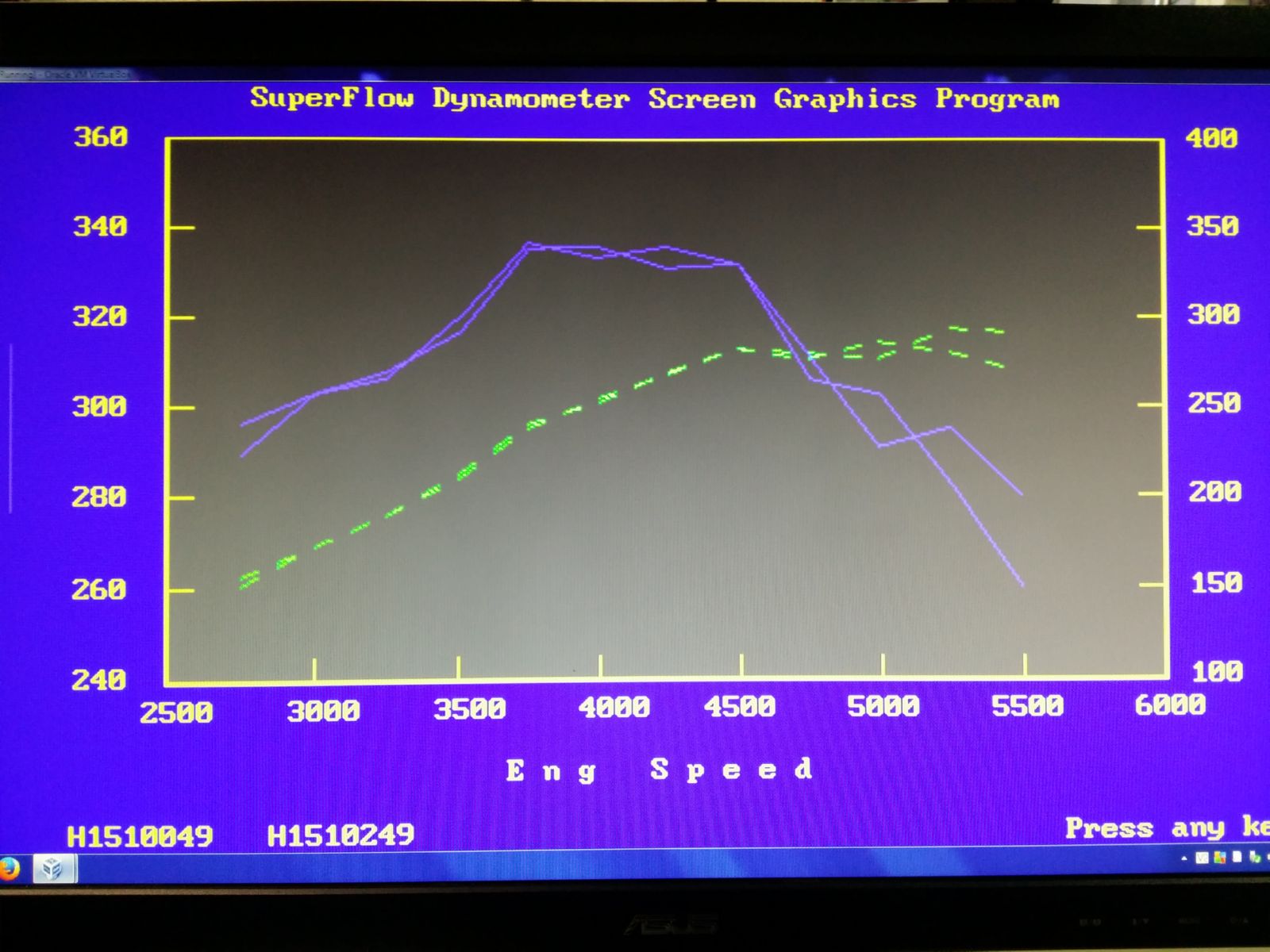 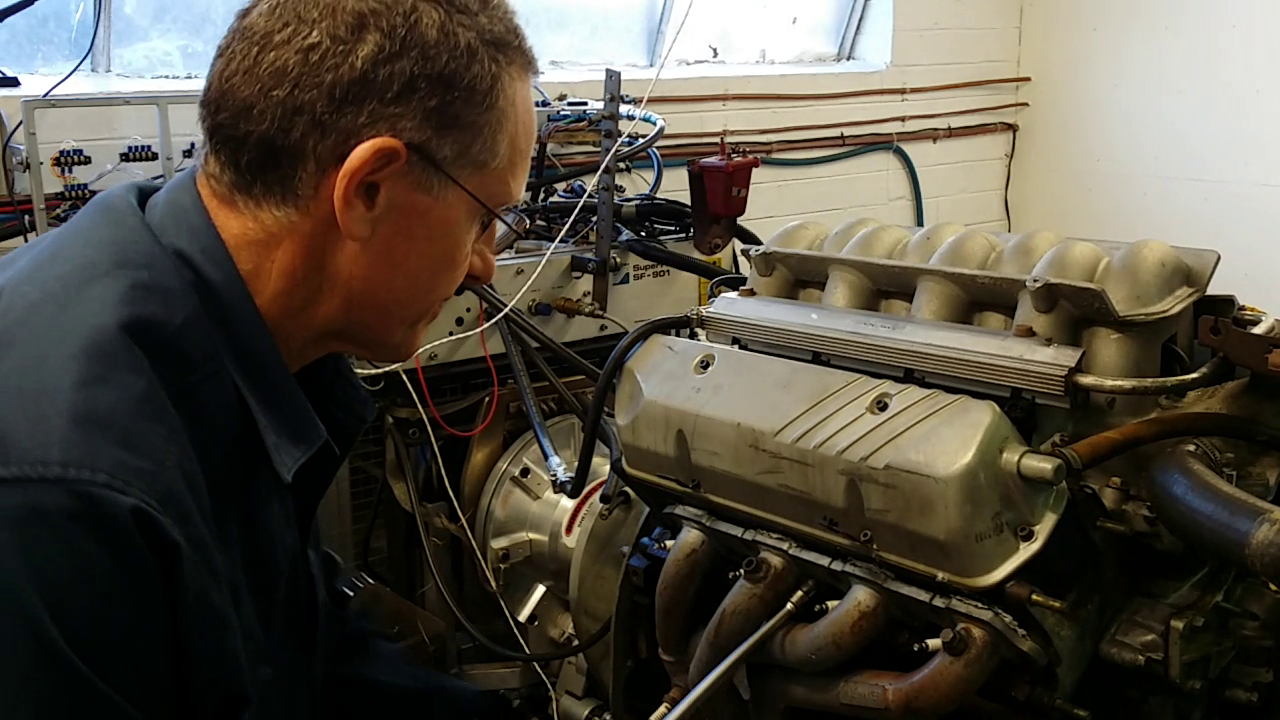 As the initial dyno tests are concluded our Project Holden V8 comes off the dyno. The stock 5 litre EFI engine is found to be in great mechanical shape making 296 BHP when tested with Pacemaker 1 3/4" primary header size Pacemaker Tri-Y extractors. With the 1 5/8" Pacemaker Tri-Y pipes peak power is a little lower at 282 BHP. The torque curve for both pipes is very similar in shape with a peak of 338 ft.lbs and 336 ft.lbs for the larger pipe and then smaller pipe respectively.
The low end torque for both is very, very close with marginally more for the larger pipe but the torque curve dips several times through the run with the larger pipe. This indicates a mismatch in ram tuning terms between this stock engine and the larger pipe set.
One could argue that more power and torque for the bigger pipe dictates the use of that pipe...end of story. There's more to the bigger numbers than that when one relates the shape of the torque curve to actual results in the vehicle. A smoother curve will create a stronger rate of acceleration as the G-Forces created by the engine is uninterrupted. Every time a dip the torque ocurrs the car will slow very marginally. As the torque climbs higher again the acceleration will recover and actually increase, but the G-Forces lost will need to be made up. That is not easy and the big pipe car will probably struggle to be quicker than the small pipe car in acceleration.

Those of you still taking note of the higher power achieved by the 1 3/4" pipe and figuring to go that way...think again. Do you realise we are testing with an open exhaust? no mufflers or cats to restrict exhaust gas flow. For your information you will lose top end power everytime you cork up the flow out of those extractors. We've already seen the bigger pipes are sensitive to resonant pulses simply by looking at the dips and peaks in the torque curve associated with the larger pipe. Keep these facts in mind before leaping to fit the bigger pipes on a stock or mildly modified 5 litre engine. The purpose of this project is to make you think about the reasons why certain results occur and that raw figures from dyno data need to be interpreted very carefully before one makes parts purchase decisions that one may ultimately regret.