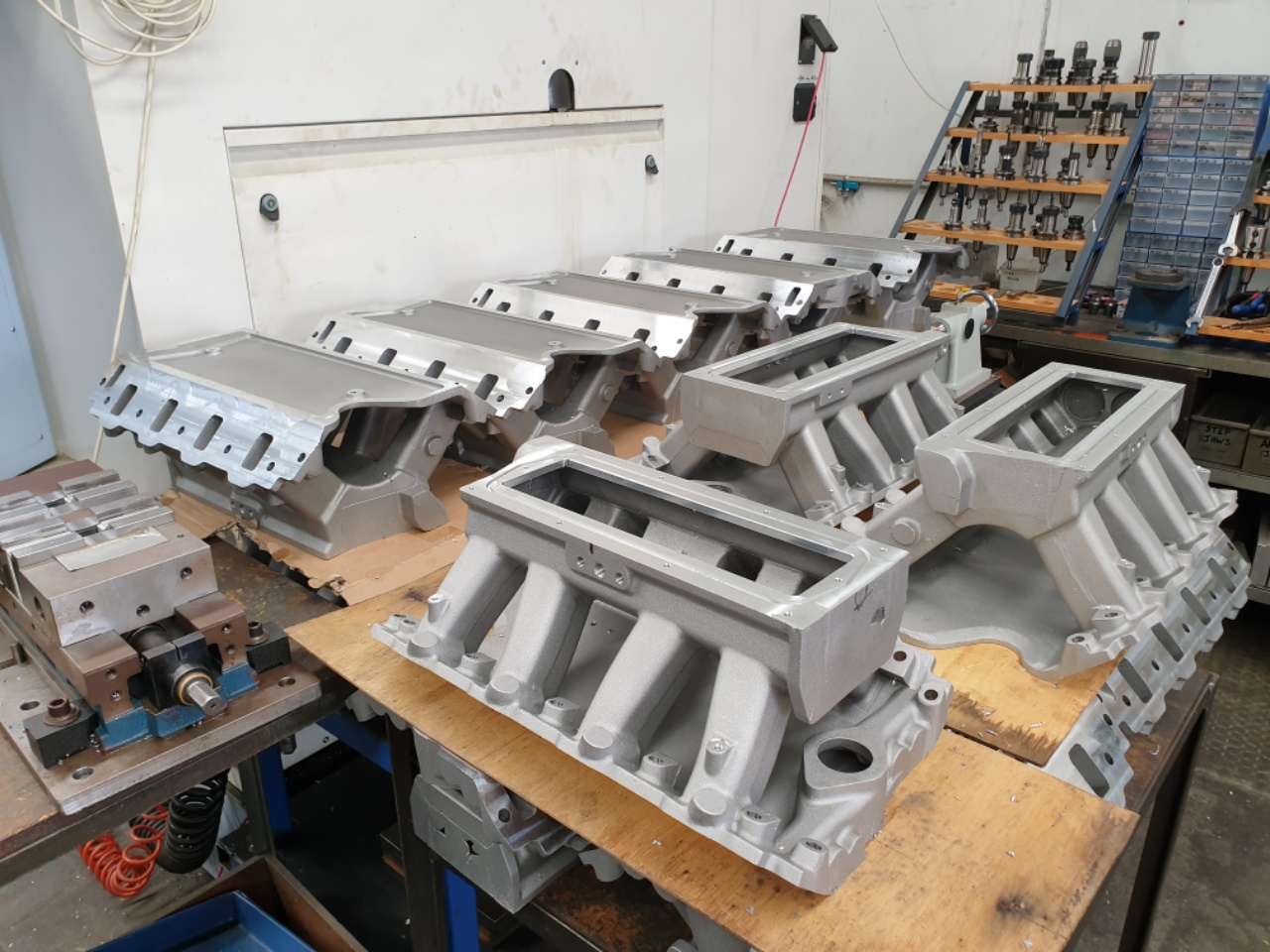 With many delays and problems, mainly relating to Covid affecting the supply chain, our Twin Throttle Body EFI Holden V8 manifolds are now in production again.

They should be available sometime in April or early May. Our Single plane manifolds are still waiting to be cast as the foundry here in Melbourne has been struggling to keep up with demand for castings. We expect to have those back in stock by late May possibly sooner.

Don't forget to go to freedom of speech sites like rumble.com and gettr.com Mainstream media including all the traditional social media sites, all the traditional newspapers, all the regular TV stations are feeding us all the narratives that they are pushing in order to make their bank accounts swell. The major political parties are in the same boat. Think very carefully before casting your next votes in both State and Federal elections. We the people have only one weapon in our arsenal against the Globalists, which includes the major political parties. That weapon is our vote!

The current crop of "FREEDOM" parties like the Liberal Democrats, United Australia Party and One Nation need to be given the balance of power. Take your pick, they will all preference one another first which will enable them to form a powerful block against the old two party systems hold on power which simply keeps eroding our freedoms. WAKE UP, they are taking us for a ride.

Here's just one example of how our wonderful public service does what it likes with the assistance of Government...

"ATO ramps up its aggressive campaign against small and family businesses"

It’s not extreme to say that the Australian Taxation Office is conducting a brazen financial bombing campaign against small and family businesses across Australia.

Last week we informed you about the ATO’s taking a position where, at law and in its administration, it can (and is) creating and imposing tax debts where the taxpayer has not received any income. It’s gobsmacking but the High Court has said that this is ‘legal’ even though it also remarked that it’s clearly unfair. This is happening with family businesses using trusts—but watch the ATO expand this agenda.

Now we have more news of the ATO’s small business destruction campaign. In February the ATO released draft rulings that would declare family trust payments to adults to be illegal. What? This throws out decades of accepted, legal, small/family business income distributions. It would be like declaring that dividends from public companies (eg Telstra, BHP, CBA) were illegal. But more! Such declarations were to be backdated to 2015. So distributions that were legal over the last eight years could now be declared illegal. This is small/family business-hating, ATO madness.

Then last week, just before the election was called, the government and the ATO issued a ‘sort of‘ backdown. Well, not really. The statement says they’ll still deny distributions but will not apply them retrospectively. In other words, the attack continues but not as bad ‘sort of’!

There’s more for us to report on this intensifying ATO small/family business tax ‘bombing’ campaign. More pressing at the moment, however, is the need for solutions to fix this destructive ATO behaviour.

Jason Falinski MP has been the greatest friend of small business in the Australian Parliament over the last few years. He’s been doing real stuff. Not simply talking.

Jason chairs the parliamentary committee that keeps watch on the ATO. He’s guided and pushed the review that’s come up with some common-sense, balanced ATO reform recommendations. At the heart of these is a legislated ‘Taxpayer Rights’ Act. We reported on this in October last year.

The ‘Falinski’ Report is a huge step forward for Australian small and family businesses in particular.

As we’re now in the full-blown election campaign period, we need to know from both Scott Morrison and Anthony Albanese where they stand on Taxpayer Rights. Frankly, it’s the critical issue for Australian small and family businesses.

If Scott Morrison and Anthony Albanese both remain silent on this issue, it really means that they both endorse the current anti-small business behaviour of the ATO.

Ken Phillips and the
Team at Self-Employed Australia
www.selfemployedaustralia.com.au